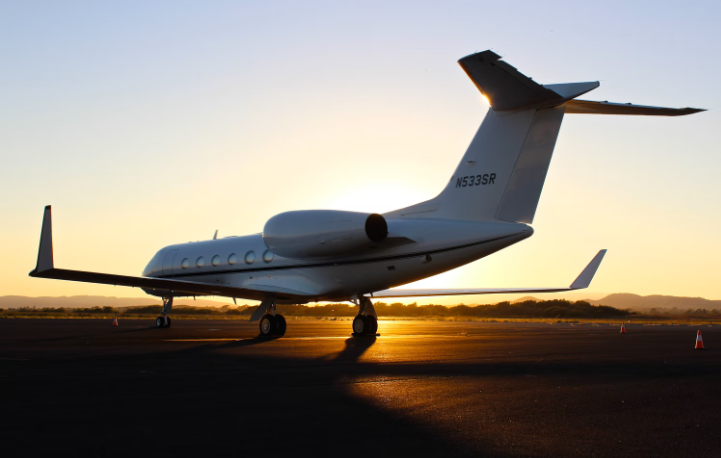 Aircraft have all sorts of power requirements to fly a continuous path with no issue. And guess what: propelling forward isn’t the only function. How do you ensure onboard power generation for a private jet when not connected to the ground power supply? An auxiliary power unit (APU) for jet engines in aviation can help.

These turbine engines power more than just aircraft–naval ships and large land vehicles like armored cars also have APUs. An auxiliary power unit (APU) for jet engines in aviation is both an emergency power source and support for the aircraft’s main engine. Support refers to its extra electric generator, which pumps enough power for lights, avionics, heating, and air conditioning.

APUs can meet these energy requirements when the plane is unconnected to the ground supply with its second air source. Ensuring proper APU function and placement is essential for all aircraft maintenance endeavors.

Here at Southern Air Customs, we have dedicated, skilled technicians that help maintain and repair APUs for private jet owners on a regular basis to ensure a continuously smooth flight experience.

Are you wondering how to conduct safe auxiliary power unit operations? We’ll give you a sneak peek into what they are, how they work, and how to fix common issues.

What is an Auxiliary Power Unit (APU) on an Aircraft?

A small turbine engine, the APU is a separate engine that helps private jet owners and operators:

Most APUs generate a voltage at 400 hz instead of the 50/60 hz the main engine supply.

Different aircraft have different APU requirements. Manufacturers assess specific needs when deciding on an APU, such as:

Many different APU models are available to suit the wide variety of aircraft currently operating, from Kings Airs to Gulfstreams. For example, you might need a larger APU for an Airbus A380 than you would for an Embraer 170/195.

What kind of APU could your typical Boeing 747 use? APU engine providers Pratt and Whitney offer a tw0-shaft turbine APU with two generators and a low spool-driven load compressor that flows air conditioning cooling. How about the novel Boeing Dreamliner? You might opt for PWC’s first-time-ever all-electric APU—also the quietest APU on the market, boasting relatively low emissions!

How do Auxiliary Power Units work?

An auxiliary power unit usually performs its duties when the aircraft is grounded, either after landing or pre-departure. Before getting into its functionality, we must discuss the necessity to test APUs before a commercial flight.

Experts must test the APU system of an aircraft on ETOPS flights (extended-range twin-engine flights) using the cold-start procedure. This process determines the APU’s reliability in the event of a main engine failure.

While it is an essential function, APUs offer more than engine reliability. They also regulate the temperature and other conditions inside the aircraft.

However, you might activate an APU while the aircraft’s in flight as an emergency power source. They also tend to have emergency fire-extinguishing systems as well.

The power section mixes both air and fuel to expand gas and create heat. Generating gas and shaft power, the power section spins the turbine and powers pumps, electric generators, gearboxes, and fans.

Finally, the gearbox section acts as the APU’s power transfer mechanism. It moves power from the engine’s main shaft to the APU’s electrical generator, and the cooling fan, fuel control unit, and lubrication module.

History of APUs in Jet Engines

Do you remember the propeller-heavy military bomber planes with the large propellers from the mid-1940s? The B-29 Superfortress was retired in 1960; however, any soldiers who flew those four-engined Boeing jets were the first to fly planes with old-day APUs. These early APUs resembled motorcycle engines placed in the airplane’s main body — the fuselage.

But we didn’t have any gas turbine APUs until the Boeing 727 in 1963. This official appearance colored our picture of modern APU identification–the exhaust pipe on a jet’s tail.

These days you’ll find APUs in various aircrafts: civil and military jets and fighters, turboprop planes, and luxury private jets (Gulfstream, for example). Smaller jets like some Cessnas can’t take on the extra weight of an APU, as it impedes too much on the plane’s load. A notable APU manufacturer is the Boeing-Safran 2018 partnership, which designs, builds, and services APUs for business and military jets alike.

As for location? Most APUs now sit in the rear fuselage of an aircraft’s tail, wheel well, or engine nacelle.

APUs can be tricky engines to work with. That’s why it’s absolutely vital to ensure you pick an aircraft maintenance company that can prove their expertise and offer you ultimate reassurance.

But how can you (or how do the experts) fix APU issues? Let’s dive into a few common problems and illuminate tangible solutions to rectify them.

An auxiliary power unit (APU) for jet engines in aviation serves the vital purpose of powering the airplane without ground support. From keeping cabin temperatures moderate to using its electric generators as an emergency power source, the auxiliary power unit is a vital turbine engine that requires meticulous care and maintenance.

Ready to level up your private jet with spectacular maintenance services or newly designed interiors? Contact us today for a consultation.

An auxiliary power unit (APU) acts as a backup power source for the main engine during flight. It also regulates cabin temperatures to maintain a comfortable atmosphere for passengers, and helps start the engine prior to departure. Furthermore, APUs (if regularly maintained) contribute to cost savings in maintenance, repair, and fuel.

APUs usually run on the ground before departure and after landing. In the absence of the main engine functions prior to departure, the APU generates enough power to light up the plane’s avionics and electrical systems and start up the main engine.

Yes, an aircraft could fly without an APU, but they would need on-ground support to start up their one engine.

The APU transfers compressed air from its gearbox and power sections to a jet’s main engine. However, the APU does not initiate until passengers are secured.